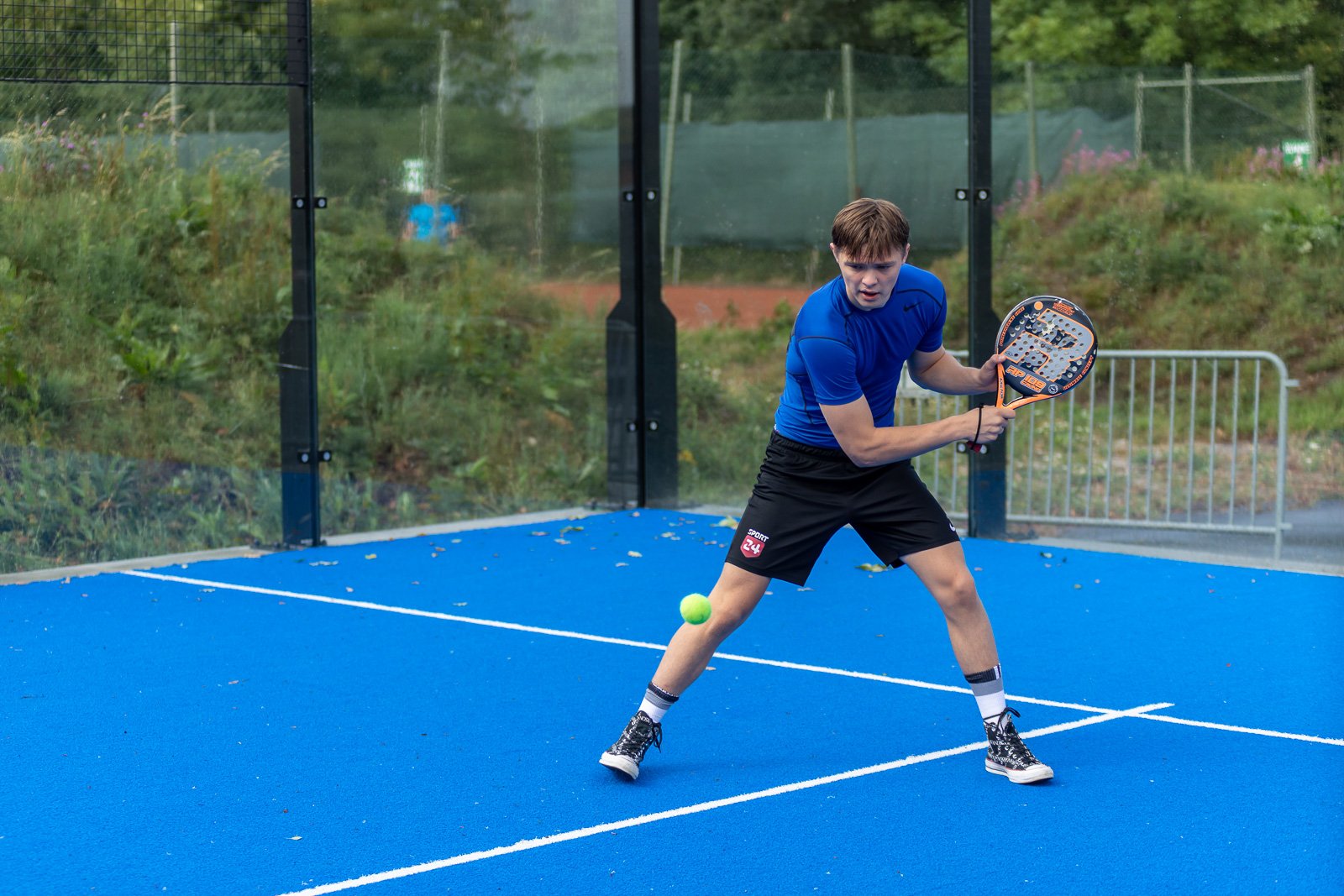 Try out padel (padel-tennis) – a racket game related to tennis, at SportsCenter Denmark at our outdoor Kvickly court. The court is designed for up to 4 players, surrounded by a high part glass part fence, and a net in the middle of the court. Book a game via our online service holdbooking, or book at the reception.

The concept of the game is primarily the same as tennis, but is played using bats shaped as rackets, instead of the classic rackets with a net. The balls looks like tennis balls, but have a lower pressure by 10 procent.

The game takes place at a more like compact court, which can lead to a more intens game experience. Basically the goal of the game is to defend the net full up front. The players sticks to their half of the court, which also applies during a loop- as well as returned to the other half, whereas the opponents primarily will be found closer to the net.

The gameplay is faster and easier to learn than other racket games, and strengths both your reaction time and reflexes. It takes less strength and technique, which makes it an attractive and fun racket game for newly players.

You have the option to buy yours sports equipment at the reception, but is preferred to bring your own.